Why Build in West Pullman?

Whether this is your first time in West Pullman or returning, we wanted to share more about the neighborhood where Women Build takes place!

West Pullman, on the far southwest side of Chicago, is filled with caring, dedicated people who have incredible ideas for the prosperity of their community. At Habitat Chicago, we actively collaborate with residents on making improvements that will make them even more proud to call West Pullman home.


Ongoing Neighborhood Work
Habitat Chicago has been hard at work in West Pullman for the last several years, building on the existing strengths of the community to make it a more prosperous area for current and future residents. Our multi-year, multi-faceted investments include:
>> Affordable Homeownership
>> Neighborhood Grants Initiative
>> Home Care Workshops

Welcome to Habitat Chicago’s Women Build 2020 Committee's Guide to West Pullman’s/nearby Neighborhoods’ Restaurants! Please be sure to wear your masks and follow social distancing guidelines when visiting any of these businesses below:

Sweet Treats:
Old Fashioned Donuts, 11248 S Michigan, Chicago, IL 60628
>> A Black-owned staple in Chatham for 25 years, Old Fashioned Donuts has shown no signs of slowing down in the pandemic and continues to provide some of the city’s best sweet treats!


Cal Harbor Restaurant and Lounge, 546 E. 115th Street, Chicago, IL 60628
>> This diner and bar will satisfy all your cravings after a long day of building! There is no dine-in service, but you can still enjoy these tasty favorites to go.


Flippin Flavors, 1848 W. 95th Street, Chicago, IL 60643
>> You can still come enjoy all the tasty options from this Black-owned restaurant, but since the pandemic, hours have been limited to 4 days a week. Carry out and delivery available.


Horse Thief Hollow Brewery Company, 10426 S. Western Ave, Chicago, IL 60643
>> While they are still serving beer and more, they are limiting capacity to follow safety guidelines. Make a reservation ahead of time to reserve your team’s spot!


One Eleven Food Hall, 756 E 111th Street, Chicago, IL 60628
>> This food hall brings South Side food businesses into a larger market and harness the resources of a single shared space. One Eleven boasts plenty of unique dining options including some of our favorite options (both Black-owned): 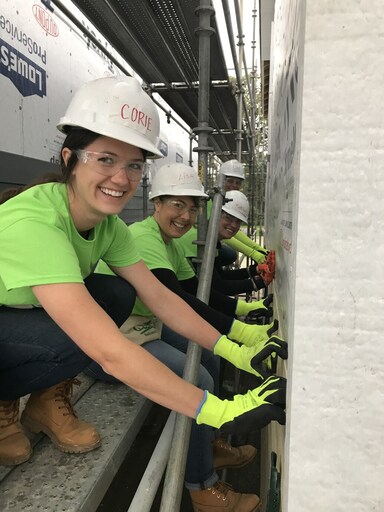 Team Leader Spotlight is a series where we interview some of the awesome leaders of the Women Build community.

Why did you get involved with Women Build?

I work in the construction industry and saw this as a great way to combine passions - building and supporting Women!

Why do you think Women Build is important/valuable?

There is power in women coming together to better the lives of other women. The end goal of stable homeownership for those in need is paramount, but the Women Build program provides so much more than that. The builders have a chance to learn new skills. The fundraisers are able to learn more about the cause and spread the word. Overall, the program helps all women grow, no matter how they are involved.

What advice do you have to new Women Builders?

Why do you keep coming back?

I made so many great connections in participating last year and enjoy following the updates on homeownership stories of the houses we help construct.

How do you keep your team members engaged/motivated in fundraising?

It is gratifying to know that the effort and work you put in on your construction day, even if it is only a small part, allows a fellow woman to be that much closer to homeownership. There is also a great sense of pride knowing that you have what it takes to build a house!

What is your own strategy for fundraising?

We are all co-workers at ARCO/Murray, so it is great to have the full support of our company. And beyond our company, we look to leverage professional networks within the construction industry who also promote the same values as Women Build.


What is the most gratifying part of the Women Build construction day?
Keeping the excitement around Build Day going is key. It is great to have an end goal to strive towards and even better when you are finally able to get your hands dirty and get to work!


Who's a woman from pop culture or history that you admire?  I admire Michelle Obama and her strong character. I look to have the same self-confidence and be able to rally others around my passions like she does for hers.

Women’s Equality Day  Exactly 100 years ago on August 26th, the 19th Amendment was certified, allowing women to vote in the United States. In the 1970s, Congress designated August 26th to be “Women’s Equality Day” to observe the historic day in U.S. history. While acknowledging that this milestone was an incredible step towards progress for women, it is important to acknowledge that only certain women could benefit from this amendment, the many voices that helped champion the cause were left out of history books, and there is still much more work to do.


Overlooked Suffragists
When most think about the women’s suffrage movement, most think of Susan B. Anthony, Elizabeth Cady Stanton, or Alice Paul. These women deserve the rightful recognition for their efforts, but this movement was a collective effort that was able to succeed because of women of color. Below are just a few:

>> Mary Ann Shadd Cary was the first Black woman to become a newspaper editor and one of the first to become a lawyer. One of her biggest contributions to the women’s suffrage movement was testifying on the importance of a woman’s vote before the House Judiciary Committee in 1874.

>> Mary Church Terrell was an educator, writer, and organizer who wrote and spoke out for the women’s suffrage movement. As the only woman of color invited to the 1904 International Congress of Women in Berlin, Terrell delivered two speeches explaining the challenges women, especially Black women, face in America. Attendees received a better understanding of what was happening in the States as Church expressed her ideas in English, German, and French. She also co-founded the National Association for Colored Women who gave them their motto, “Lifting as We Climb.”

>> Nina Otero-Warren was integral in the suffrage movement as a leader in New Mexico. She won over the support of Spanish-speakers, which was vital to women earning suffrage at a national level and advocated for suffrage literature to be published in Spanish to reach more Americans.

>> Dr. Mabel Ping-Hua Lee was a strong suffragist in the Chinese and Chinese American community. At 16, she was at the front on horseback at the 1912 suffrage parade in New York City that recorded almost 10,000 attendees. She continued her activism through advocacy and writing, most notably her 1914 essay, "The Meaning of Women’s Suffrage."

These women fought long and hard for their right to vote. While their white counterparts won the right in 1920, they had to wait much longer.

The 19th Amendment stated, “The right of citizens of the United States to vote shall not be denied or abridged by the United States or by any state on account of sex.” Of course, this amendment did not allow all women the right to vote – the majority of women who benefited were wealthy, white women.

>> Black Americans, 10% of Americans at the time, had to wait for the Voting Rights Act of 1965 to stop discriminatory practices happening at the state level.

>> Non-English speakers waited until the Voting Right Act of 1975 to receive language assistance at the polls, benefitting many Spanish-speaking Americans. These individuals could technically participate, but the assistance made it more feasible to understand the voting materials.

Women from marginalized communities have to overcome more barriers than just the gendered ones – barriers of race, religion, sexual orientation, and disability to name a few. We must remember those who continued fighting after this victory and make sure they are included next time, not to mention those who made a significant impact to women’s suffrage in the first place.

How Does This Relate to Women Build?
There have been many victories for women since the certification of the 19th Amendment, yet there is still much to do for a more just United States. Women must still jump through more hurdles than men in order to achieve homeownership, one of the most powerful wealth generating tools. Black women have to work even harder to purchase a home due to past racist practices and policies, like redlining, predatory lending, racial covenants, and others.

As we continue the fight for gender equality in homeownership at Women Build, we must learn from our past to ensure that all women are accounted for because every woman deserves the opportunity to build her future.


To celebrate Women's Equality Day, we are challenging you, our Women Builders, to each raise $100 on Women's Equality Day (8/26) to help your personal fundraising goal while also using your voice to fight for gender equality. Click here for the social media kit for graphics and templates to help guide your fundraising.
Facebook
Twitter 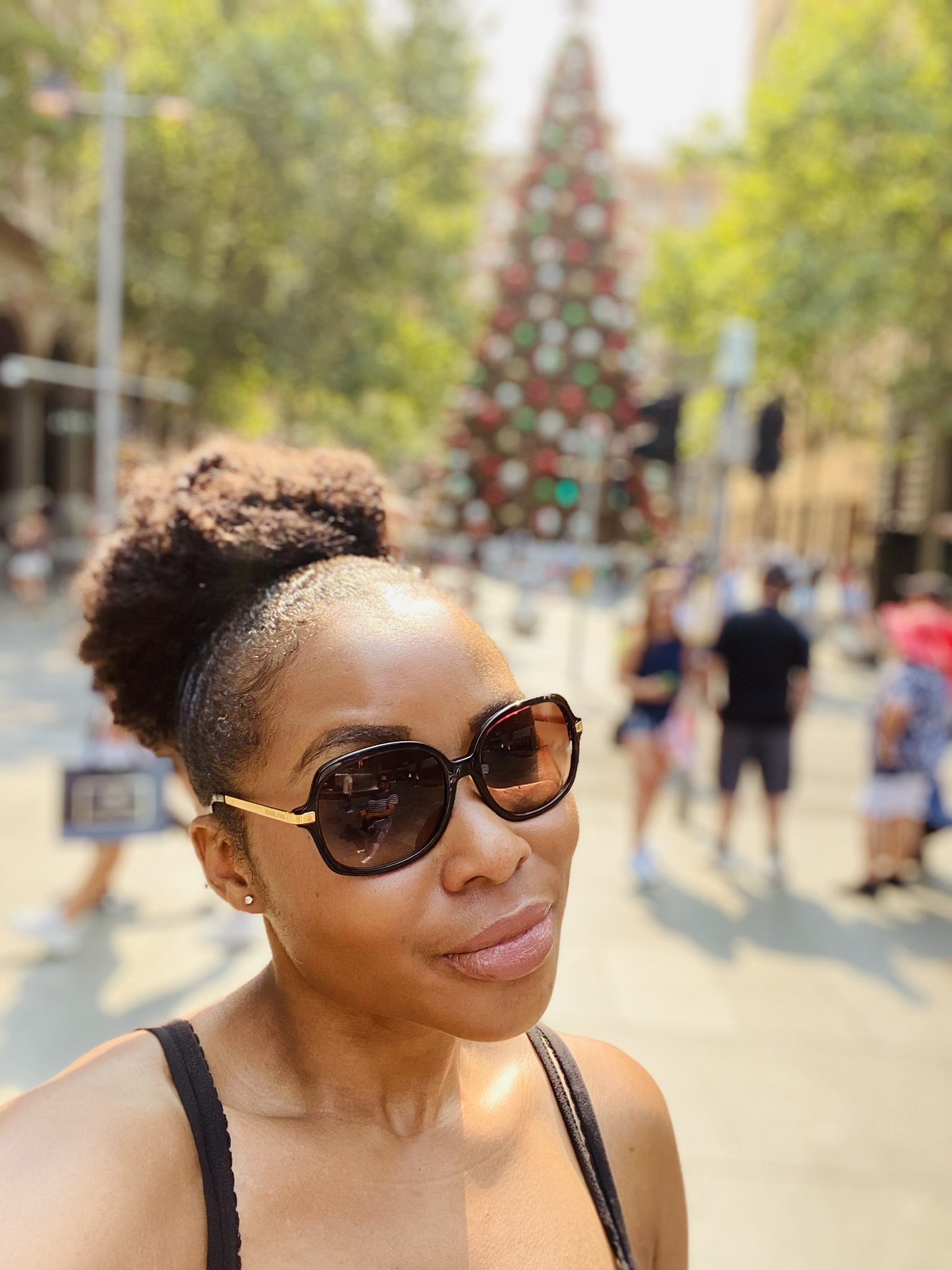 Team Leader Spotlight is a series where we interview some of the awesome leaders of the Women Build community.

Today we spotlight Aleschia from Hyde Park, a second-year Team Leader and member of the Women Build volunteer planning committee!

Check out her best tips and tricks, as well as some insight on why she Women Builds.

Why did you get involved with Women Build?

I had worked with Habitat for Humanity in Miami, Florida when I was in college. I loved the experience and wanted to continue doing the work with my alumni chapter.

Why do you think Women Build is important/valuable?

Women Build is important because it is women working together to help other women. More importantly, it helps build generational wealth through home ownership, in which women of color disproportionately are denied access to. Homeownership can change a generation and have tremendous impact for communities of color.

What's your favorite part about being a Team Leader?

I enjoy building with my team and seeing everyone’s dedication to the mission.

What advice do you have to new Women Builders?

Why do you keep coming back?

I enjoy the camaraderie and believe in the mission.

What advice do you have for new Team Leaders?

Set the example and fundraise as much as possible. Also, always have reserves just in case!

How do you keep your team members engaged/motivated in fundraising?

Reaching out individually helps to keep people engaged. Sending a text or calling to see how someone is feeling in general and about their progress is helpful. I like to tag team members in social media posts.

What is the most gratifying part of the Women Build construction day?

Seeing the completion of your team project.

And finally, we wanted to end the section with a fun question: what is your go-to karaoke song?
Can You Stand the Rain — New Edition.

The Evolution of Women Build

Habitat Chicago's Women Build 2020 is projected to be the biggest in its history. With a total of ten build days through the month of October, 450+ Women Builders, and an impressive $300,000 fundraising goal, we’d like to step back and share our Women Build roots.
What grew to be Habitat Chicago's largest annual event started as a one-day home repair project in 2013.
Back then, we had just begin our work within the West Pullman neighborhood. Women Build was a great opportunity to show volunteers the assets of West Pullman and Habitat’s plans to build upon those assets, including new home construction and affordable homeownership, home repairs, and block beautification projects.
The goals for the first Women Build were to help repair a woman-owned home in West Pullman, raise funds to support the project, and provide an opportunity for more women to get in the fight against substandard housing.
Ultimately, our first Women Build brought together 18 enthusiastic women who completed a home repair project and collectively raised $8,000. In the closing statement of Women Build 2013, our Executive Director, Jen Parks, shared her hope for Women Build to become "bigger and better" each year – and that's exactly what we did. 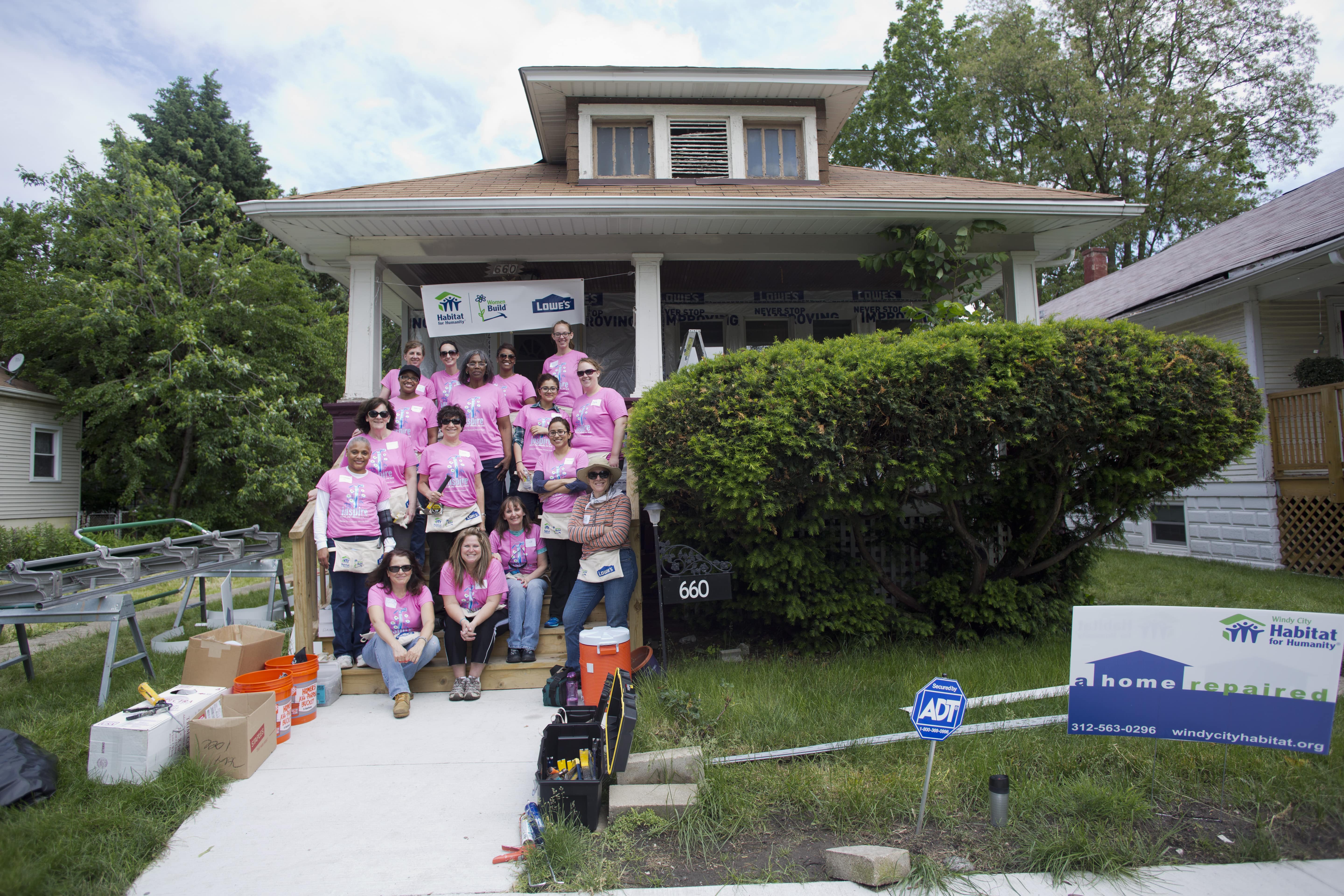